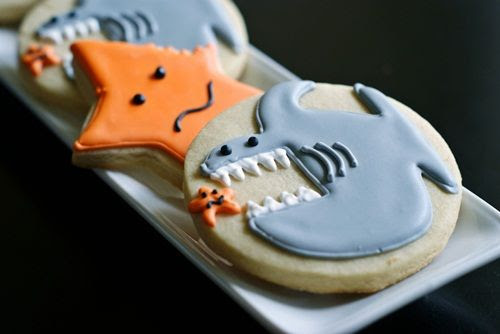 Did you know that it’s Shark Week?  Yep.  It just happened to start on the only day that we’ve been to the beach all summer.  It didn’t stop me from going out into the ocean.  I went out *almost* waist deep. 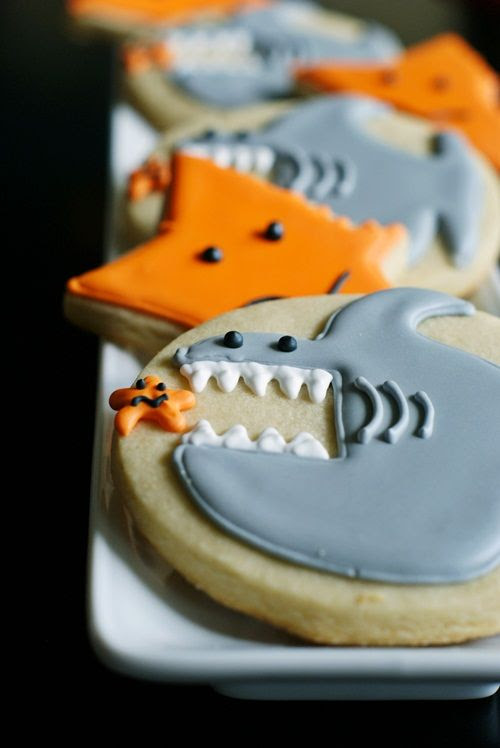 You know how cookie inspiration can happen anywhere?  See this picture from my phone? 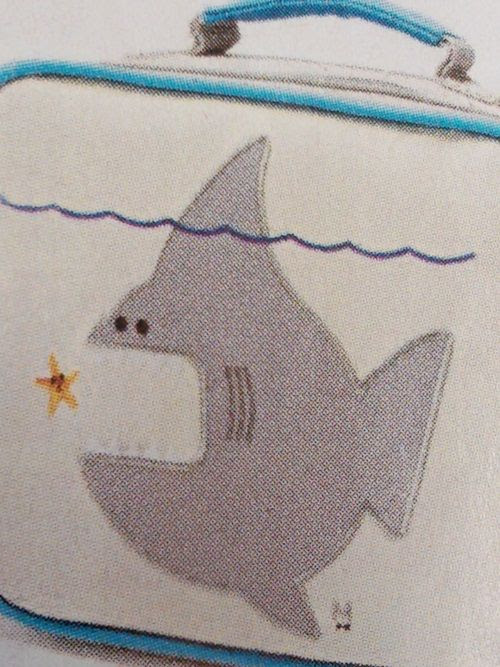 Well, I happened to run across this cute shark picture in a magazine at…
…my OB/GYN’s office.
{Not someplace I would normally break out my camera.}

Anyway…I cannot remember name of the magazine.  I was so worried the doctor would come in and I would have to launch into some nonsensical explanation…

“You see, Doctor…next week is Shark Week and well, I make cookies, for my blog…and this idea is so cute and I didn’t want to rip the picture out of the magazine…I’ll just stop talking and put my camera away now…” 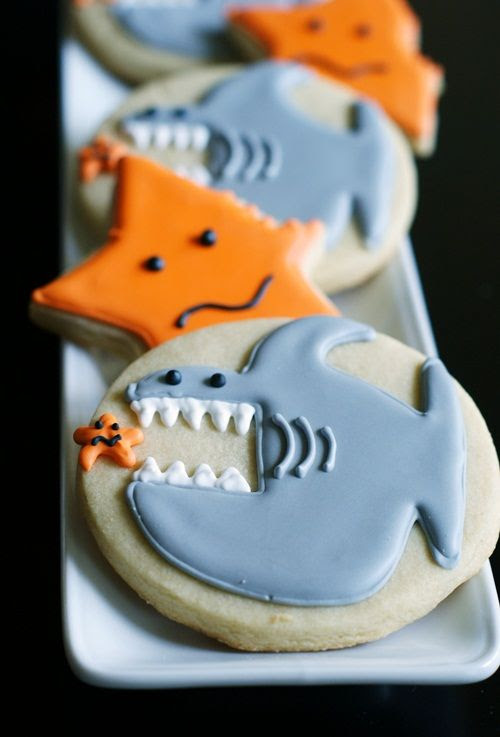 So, if you’ve seen this in a magazine, let me know and I’ll update the post with the source from which the cookie was inspired stolen. 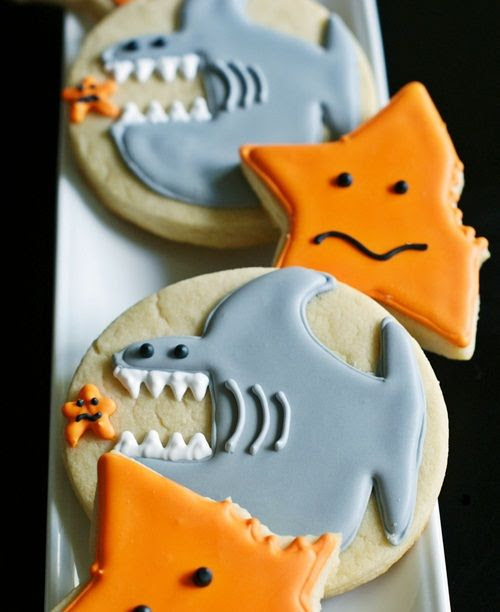 Use a #2 tip to outline the shark body in grey. (Do not forget to take picture.)

Use a #2 tip to pipe a starfish near the shark’s mouth in orange. (Do not forget to take picture.)

Thin the grey icing with water to the consistency of a thick syrup.  Cover with a damp dish towel and let sit several minutes.  Gently stir with a rubber spatula and transfer to a squeeze bottle. 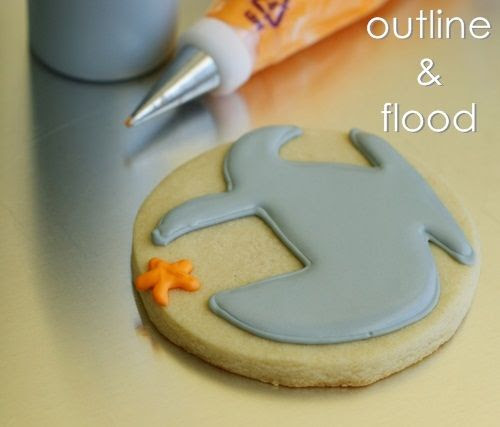 Flood the shark with the thinned icing.  Use a toothpick to guide into corners and edges. 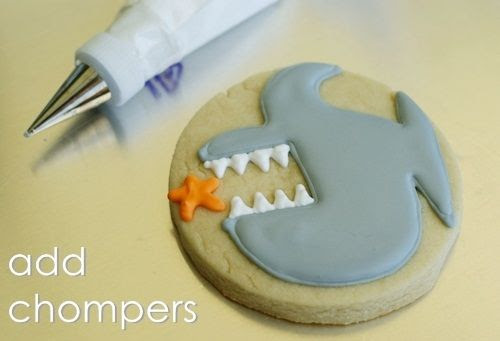 Use a #1 tip to add teeth to the shark in white. 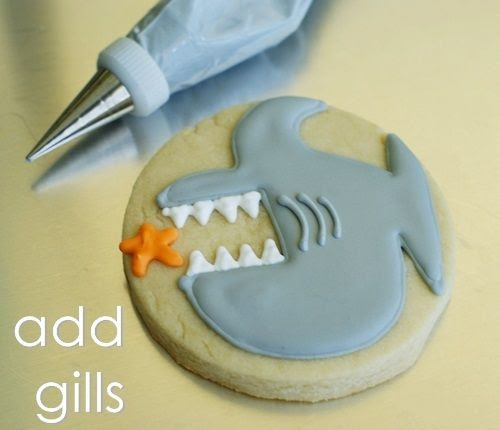 Use a #2 tip and grey icing to add gills. 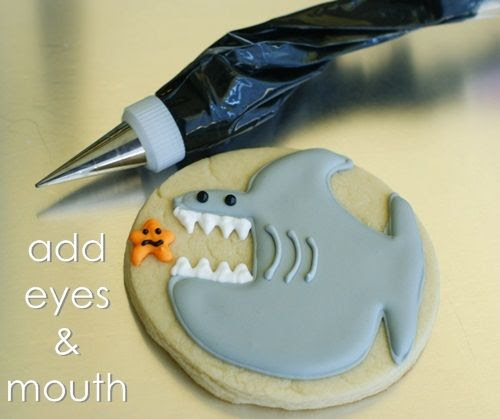 Use a #1 tip to add eyes on the shark and eyes and a mouth on the starfish.

How I spend my free time : Pinterest . . . . Works for Me Wednesday 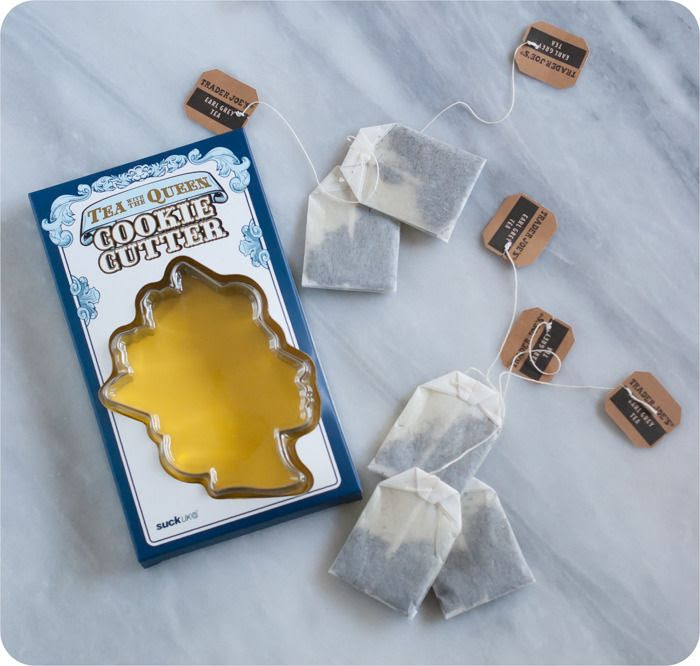 How I spend my free time : Pinterest . . . . Works for Me Wednesday